Casa Marianella: A view to the world, hidden in East Austin

In addition to serving full-time teaching reading in schools, our members are required to volunteer with a local nonprofit for several hours each week.  For his community partnership, first-year tutor Tzvi helps out at Casa Marianella. 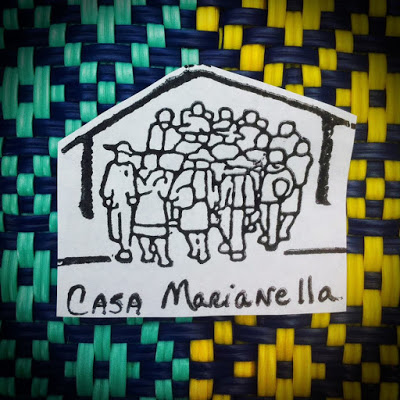 “Welcome, my boy!” A warm voice calls out to me as I enter the brightly colored kitchen of Casa Marianella. Amina,* an immigrant from West Africa, stands at the four-burner stove cooking up sweet plantains in a small skillet. The oil in the pan crackles and hisses. Amina steps aside from the stove to wrap me in a warm embrace. She is one of the long-term residents of Casa Marianella.

Casa Marianella is a transition home for immigrants new to Austin. It not only provides them with basic living essentials, but also gives them a variety of social services including house hunting assistance, ESL classes, and legal aid. Casa has a very small core staff and also relies on the help of a number of volunteers, like me, to teach the ESL classes and to cook an evening meal for the residents.

Spending a few minutes at Casa feels like you get to travel the world without leaving the spot where you are standing. The majority of residents living at Casa come from Africa and Central America, but I have also met a TV actor from Baghdad, a man displaced by the earthquake in Nepal, and a refugee from the current conflict in Syria. 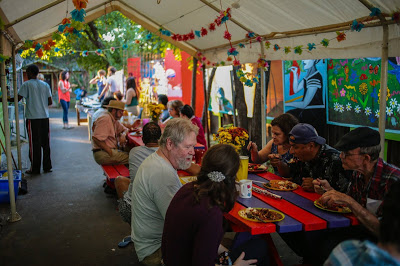 While many people tend to assume that undocumented immigrants are poor, dangerous, or uneducated, spending time at Casa quickly dispels this kind of thinking. The people living there have diverse socioeconomic statuses and levels of educational achievement. One particular story will always stick with me as an example of this heterogeneity.

The first day I came to Casa, I was introduced to an African man in his mid-30s. His name was Thomas. Thomas was dressed in a nice suit but the clothes looked a little creased and rumpled. He spoke English fluently and was highly articulate.

Thomas said he was having trouble finding a job and he was still struggling to gain status as a refugee. Once Thomas learned that I was there to volunteer, his face lit up. He seemed extremely grateful that I was devoting my time to help out. I started asking him a few questions about where he came from and how he had gotten to Austin. He was happy to tell me his story:

Thomas had been a business owner and a political leader in the city where he is from in Africa. His achievements were so promising that President Obama invited Thomas to a conference in the U.S. for young African business leaders in 2014. Upon his return, his country began to go through intense political upheaval. The current president, who had by then served his two-term limit, refused to step down when the time came for elections. This sparked massive protests throughout the country. In reaction to the protests, the president viciously started massacring the political opposition. During the course of the elections, Thomas had become involved with the protest movement. He told me how he had witnessed a number of his friends being killed by the army during the protests. He started to fear for his own safety and for the safety of his wife and young children.

This past summer he fled Africa, made his way through Europe, and eventually came to Austin. He is still working on obtaining his status as a political refugee and is trying to secure safe passage for his wife and children. Life has been extremely difficult for him since leaving his country. He has been rejected from many jobs because he is still not considered a legal immigrant. Despite the direness of his situation, he is still unsure whether he will be granted refugee status. 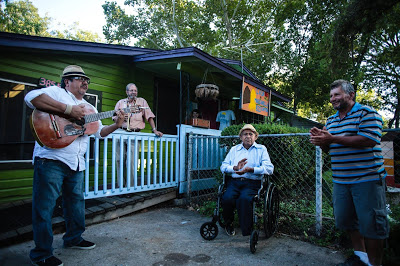 Thomas’s story left me feeling moved. He seemed so calm and collected as he was telling me what happened that I didn’t know how to react, or what words of consolation I could offer him. Now, I understood why Thomas’s suit looked wrinkled and a little worn down. It was probably one of the few nice pieces of clothing he had been able to bring with him on his journey. He was shuttling back and forth on public transportation all day in the same suit looking for jobs.

I was struck by Thomas’s poise and appreciation of my helping at Casa. I asked myself how I would react if I had to go through what Thomas experienced. I could see myself becoming angry and embittered. Yet Thomas didn’t seem to display any signs of resentment.

Thomas, Amina, and all the other residents, have shown me the beauty of Casa Marianella. Despite their suffering, the people who find refuge there continue to be warm and friendly with me and everyone else who comes to help out at Casa. They share the little food they have, they offer advice, they tell their stories of how they arrived in Austin, and what they plan to do in the U.S.

I think as an American it is easy to become disillusioned. But spending even one night a week volunteering at Casa is a great way to see how much can be done to help others despite all the obstacles. Every time I serve at Casa, I am reminded of a line from the AmeriCorps Pledge: “Faced with apathy, I will take action.” While cooking one meal might seem simple, it represents far more than just providing sustenance to the residents of Casa. Coming to volunteer at Casa also shows there is a whole community of people in Austin who care. 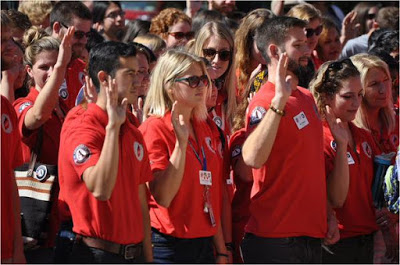 * Note: All names used in this post have been changed to preserve residents’ anonymity.